A Hall of Distinction was created to recognize individuals who have made significant contributions to the district who have not been recognized by other means, and to provide a tangible means of presenting the history of the district to the general public.

Final responsibility for selecting Hall of Distinction Honorees will rest with the Board of Education, following the nominating process as outlined in the Administrative Guidelines. The administration may advise on such a matter upon receipt of a nomination that includes pertinent data such as a profile of contributions and letters of recommendation. 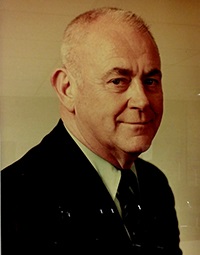 Glen H. Peters, a prominent civil leader and school board member, was dedicated to providing the very best educational opportunities to the students of L'Anse Creuse Public Schools and other school districts throughout Macomb County and the State of Michigan.

Peters served on numerous state, regional, county and district committees. His 37 year career as a school board member included service on both the L'Anse Creuse Board of Education and the Macomb Intermediate School District (MISD). He was a Board Member for L'Anse Creuse from 1950-1970, serving as the first President and later in the capacities of Secretary and Trustee. He also served on the MISD Board of Education from 1951-1987, 25 of those years as the President. During this time he was instrumental in the consolidation of L'Anse Creuse Public Schools and the creation of the Special Education programs and facilities at the MISD. 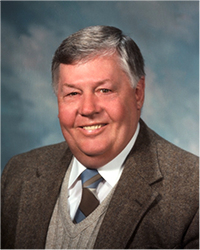 During the 1970’s he worked with fellow district administration and the Board of Education to transform the junior high schools into successful and progressive middle schools. He is remembered as a true leader and innovator and was known to many as the “Father of Middle Schools in L’Anse Creuse.” 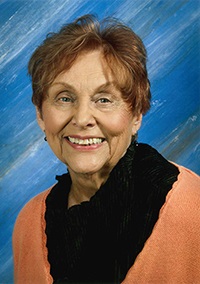 Dr. Joan E. Garbarino believed strongly that L’Anse Creuse should serve all patrons and that everyone deserves a second chance at a quality education. As an expert in adult education, Garbarino was courted in 1980 by the district to create a specialized program for L’Anse Creuse Public Schools. As the Administrator of the High School Completion and Adult Basic Education Program, she created the framework for a program that has changed the trajectory of thousands of lives.

From 1980 – 1999, approximately 2,000 individuals aged 17- 80 received their diplomas through the exemplary program she established. Throughout her nearly two decade career she immersed herself in the everyday efforts of improving the program, including a 1994 merge between the L’Anse Creuse and Mount Clemens programs. Her legacy will continue to impact the L’Anse Creuse community for many years. 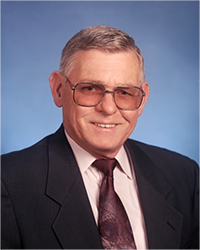 John “Jack” C. Hart dedicated his life to serving his community as a school board member, law enforcement officer, civic leader, and volunteer. Hart was a member of the L’Anse Creuse Board of Education from 1980 – 1996 and again from 2002 – 2010. During that time he served as president, vice president, secretary, treasurer, and trustee. One of his many successes during his tenure was the implementation of the Community Service Learning graduation requirement. He truly believed in the power of education.

In 1971, during his 30 years in law enforcement with the Macomb County Sheriff’s Department, he implemented a rehabilitation program offering educational opportunities to the jail population which established the relationship between the district and the Sheriff’s Department. His devotion to the community continued as the supervisor of Harrison Township from 1996 – 2000 and as a very active member of the L’Anse Creuse Educational Foundation. 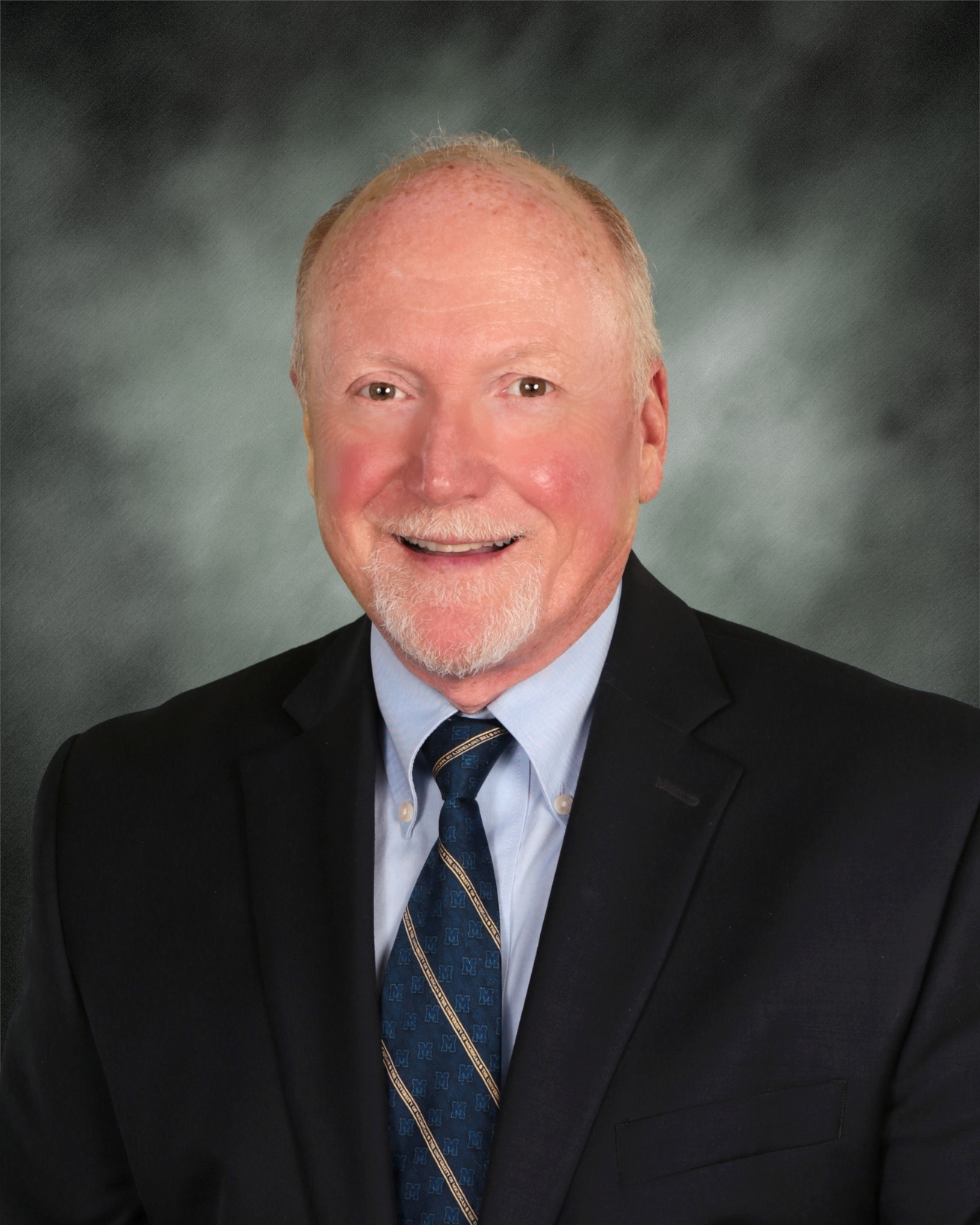 John Da Via served L'Anse Creuse Public Schools for over 40 years as a caring, respectful leader who worked tirelessly to do what was best for students.

Da Via joined L'Anse Creuse in 1974 as a teacher and coach at L'Anse Creuse Middle School - North. He transferred to Middle School - South in 1983, and in 1986 earned a law degree and moved to L'Anse Creuse High School, where he also served as a Teachers' Association officer. He became associate principal of Middle School - Central in 1994 and North in 1997. In 2000, he became principal of Middle School - North, where he remained until retiring in 2014. Under his leadership, the school emphasized professional development, reduced student failure, and promoted environmental awareness. Da Via also served as Interim Assistant Superintendent for Human Resources in 2013 and Interim Principal of Tenniswood Elementary in 2018. Throughout his career, he exemplified the mantra of doing "What's Best for Kids." 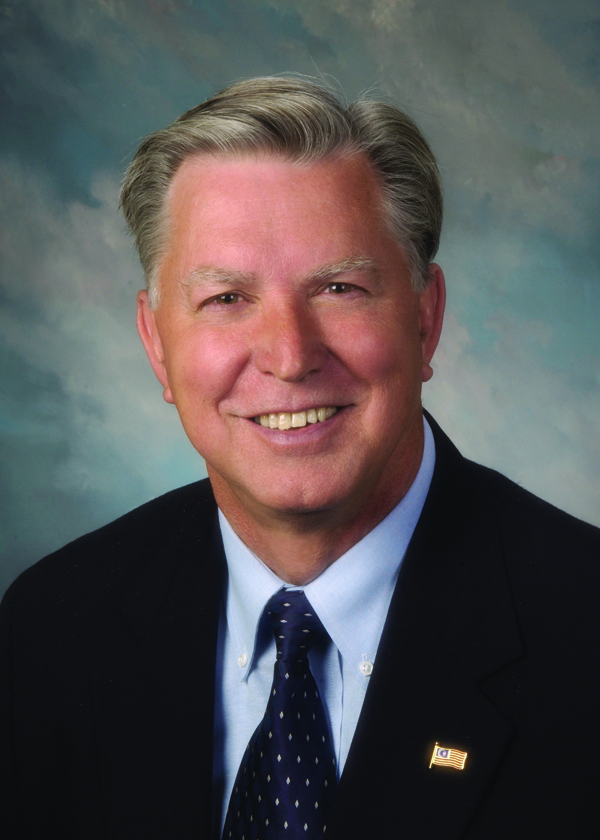 Hoover spent most of his teaching career at L'Anse Creuse High School, where he developed the district-wide art program that became state exemplary curriculum and a national model for the "New Definition of the Arts." His impact on students reached far beyond the classroom, coaching girls track from 1976-1999. He led his teams to win over 50 championships and titles at the regional, state and national level. After retirement, Hoover served on the Board of Education from 2003-2016, as trustee, secretary, vice president and president. Serving with three different superintendents, his greatest contributions were the implementation of the 2005 Bond Issue and his continued efforts to preserve the history and culture of L'Anse Creuse.

Pauline Pavlick’s dedication, leadership, creativity and commitment to L’Anse Creuse permeated throughout the district for over 30 years as her position evolved from parent, to board member and then director. 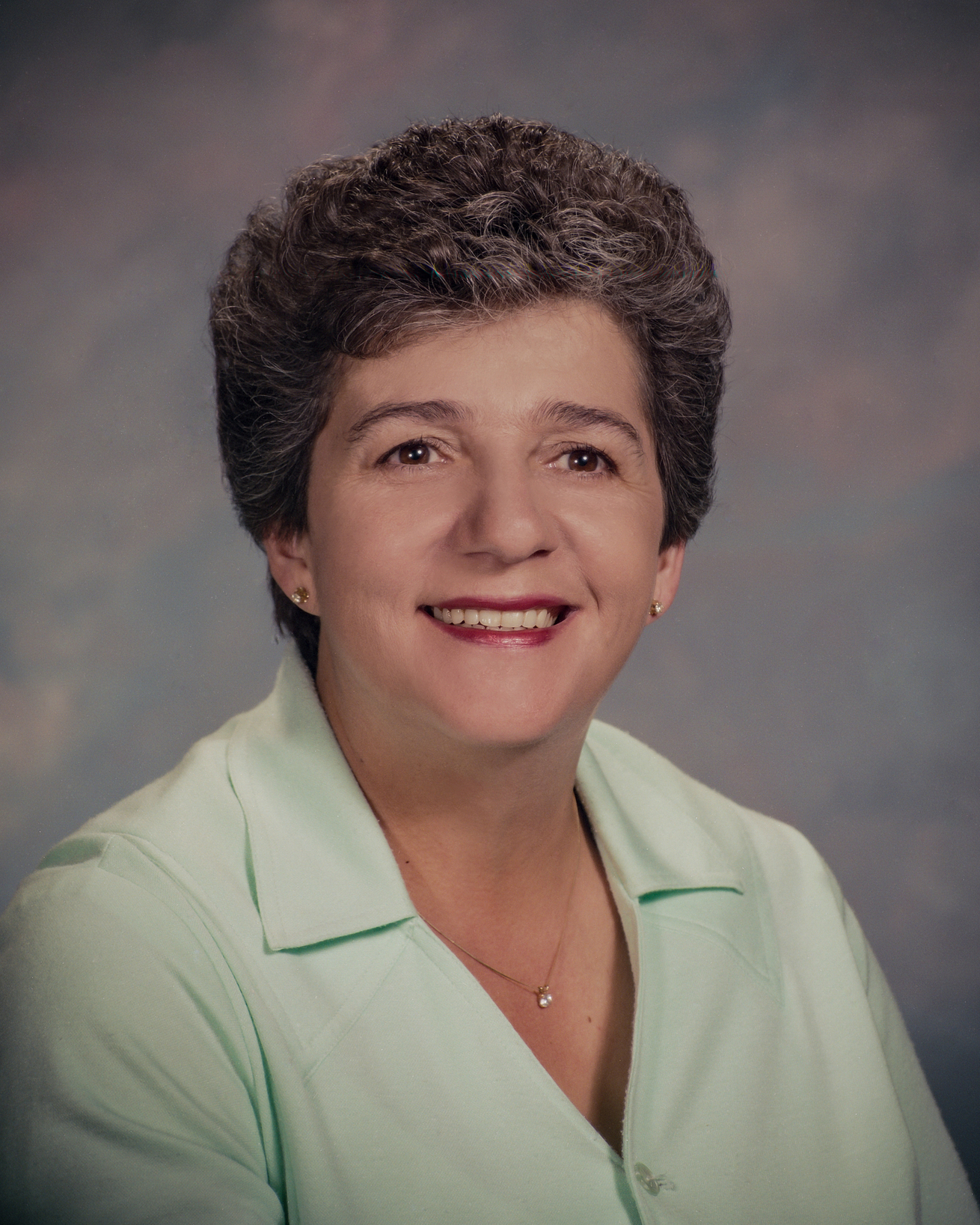 Pauline began her many years of service to the district as a “powerhouse parent,” and among her many contributions as a parent volunteer; she was recognized state-wide and nationally for being an integral part of the historic period of the transition to the middle school concept in L’Anse Creuse.  Pauline was a member of the L’Anse Creuse Board of Education for 7 years from July 1980-March 1981 and July 1985-June 1991, serving as president, vice president, secretary and trustee.  During her tenure on the board she emphasized the mission of the district, challenging staff to create programs and a learning environment that would promote student success.  From 1994 – 2001, Pauline continued her dedication to the district as the Director for the Office School and Community Relations.  Pauline’s efforts to promote the district through partnerships and communication resulted in L’Anse Creuse being viewed as a premier district in the State of Michigan.  Pauline’s partnerships led to great success and she was instrumental in the creation of the L’Anse Creuse Foundation, helping fund student scholarships and teacher grants for the past 27 years.   Pauline’s passion to build bridges between L’Anse Creuse and its community left an everlasting mark on the district.  It was believed that everything Pauline touched “turned to gold” and some of the district’s greatest achievements were due to her high level of personal commitment. 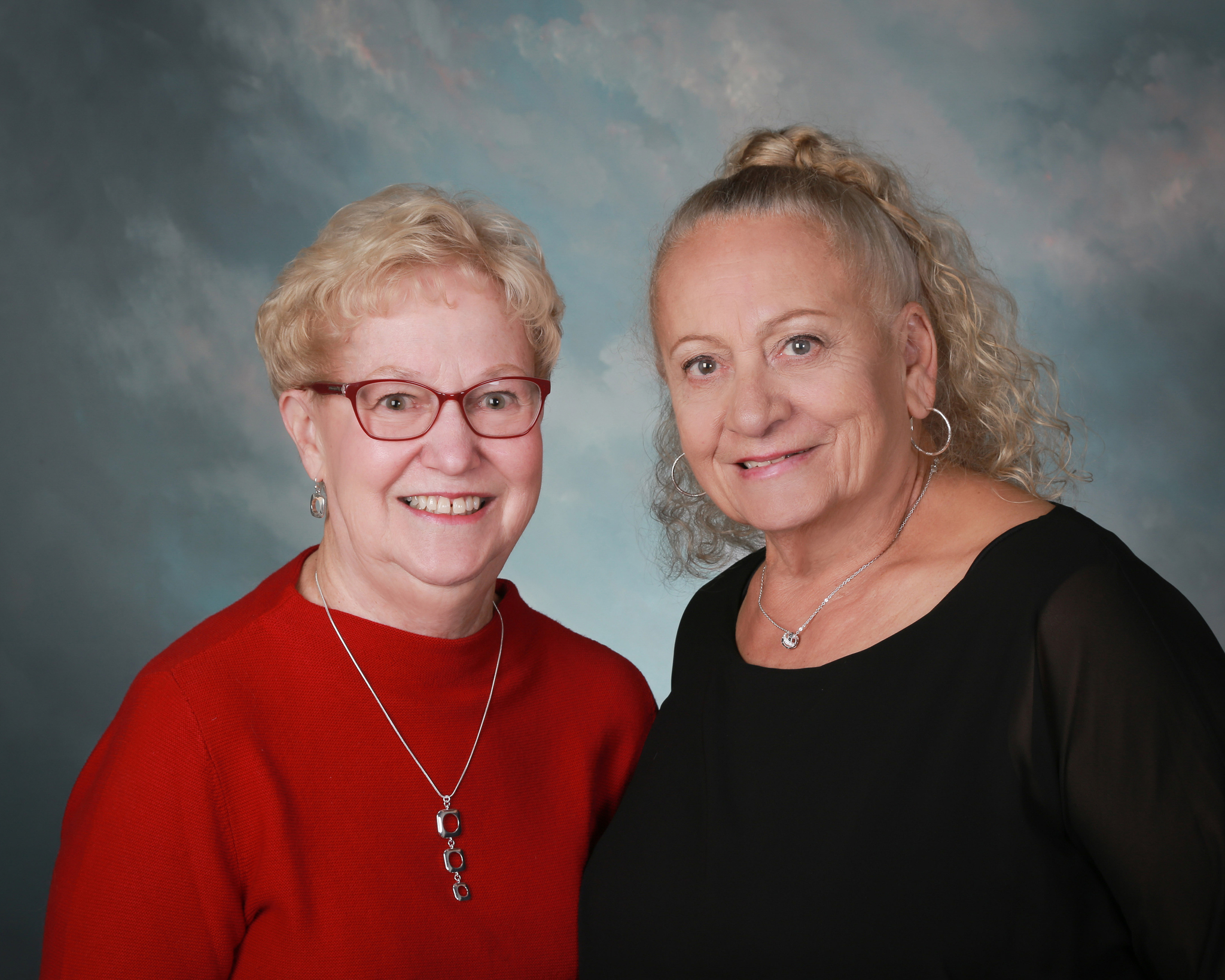 In 1992, the L’Anse Creuse Board of Education approved the decision to include 40 hours of community service as a graduation requirement for the district.  Shortly after, Emma De Angelis and Ann Hart were chosen as the Community Service Coordinators at L’Anse Creuse High School-North and L’Anse Creuse High School due to their own commitment to volunteerism in the district, taking on the challenge of pioneering a new program that was later to become locally, state and nationally recognized.

Prior to accepting the coordinator position, Emma De Angelis worked for 5 years in the district’s Community Education Department.  In 1992, Emma De Angelis accepted the challenge of starting a new program with a personal commitment that lasted 17 years, guiding L’Anse Creuse High School – North in creating their community service program. As a 1960 graduate of L’Anse Creuse High School, a parent volunteer, community member and a special education paraprofessional; Ann Hart was already an invested member of the district. Ann served as the Community Service Coordinator at L’Anse Creuse High School from 1994-2009.  Together, Emma De Angelis and Ann Hart designed and built a highly accepted and acclaimed program for the district from the ground up.  Through their unwavering dedication and leadership, the program became a model that was emulated by other school districts throughout the county and was recognized at the state and national level.  From the inception of the program in 1992 through 2009, students from both high schools have given 725,761 hours of service to their community under Emma and Ann’s leadership.   Emma and Ann’s legacy of connecting service with education continues to make a difference in the L’Anse Creuse community today.

Download the application for induction into the Hall of Distinction. Applications are due by May 15. Ceremonies are held in the fall.